Craig is well-known around the South Carolina Lowcountry, thanks to a career built on personal relationships and reliability.  A 30-year resident of Beaufort County and the western North Carolina mountains, his reputation for excellence and client satisfaction has followed him wherever he has gone.

His real estate career is diverse and reflects a number of impressive accomplishments at various exclusive resort communities throughout the Southeast.  While Craig served as project manager and partner at Chechessee Creek Club in Okatie, SC, it became one of the industry’s foremost national golf clubs.  As Sales and Marketing Director, as well as Broker-In-Charge at Spring Island Realty, Craig was instrumental in navigating the Spring Island community through the challenges of the post 2008-recession.  Additionally, he was CEO and President of Balsam Mountain Preserve, one of Western North Carolina’s premier mountain communities.

Upon graduation from Purdue University, Craig started a career in the golf industry in 1988.  He was subsequently named the Head Golf Professional on Spring Island in 1992, when shortly thereafter the renowned development team of Chaffin Light and Associates opened the door to a career in real estate development, marketing and sales.  It is there that Craig’s passion for golf and resort development was honed and crafted over the next two decades.

Craig and his wife, Suzie, are the proud parents of two highly accomplished sons, J.D. and Matt Lehman.  Both earned golf scholarships and subsequently graduated with honors from Louisville and Furman Universities, respectively.  Suzie has a long, distinguished career as an elementary school teacher.

As a Partner with Mike and Yvonne Broadhurst, The Broadhurst Group was established with a commitment to bring you a real estate experience rich in wisdom, integrity and complete client satisfaction. 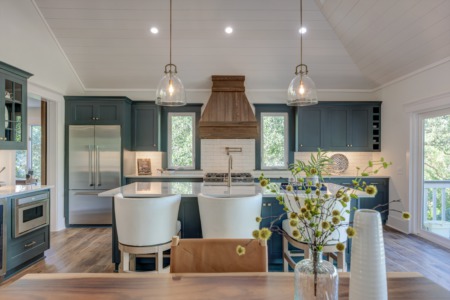